New projects are created as drafts and can be found under your profile page.

Modding should be safe for everyone, so we take abuse and malicious intent seriously at Modrinth. We want to hear about harmful content on the site that violates our ToS and Rules. Rest assured, we’ll keep your identifying information private. 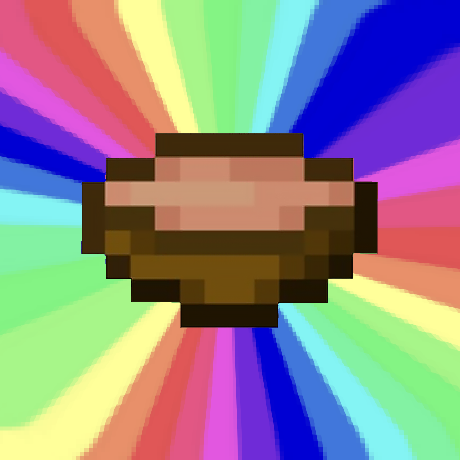 License
Apache-2.0
Client side
optional
Server side
unsupported
Project ID
To install Simply Optimized, visit our documentation which provides instructions on using ATLauncher, MultiMC, and Prism Launcher.
Host your Minecraft server on exaroton - only pay while the server is running - billed per second.
Ads via Adrinth

The Simply Optimized modpack intends to be the very base of mods/configurations for performance. You can add any mods on top of it at your own taste. It only contains essential and lesser known rendering optimization mods and a few mods to speed up other things like usually slow loading times. For each new release, I try to bring the performance up and the mod count down, picking out the best solutions possible.

for some reason, every second optimization modpack implies this, but when i look at the mods i see a lot of QoL that is not related to optimization at all-

One of its purposes may be to be recommended to people new to Fabric who just want a selection of mods for the top performance without much else - instead of listing the mods manually, you can just link them here!

I can confidently claim this is the best optimization modpack in terms of performance as of now.

Works on Quilt without issue! just replace Fabric API with QSL and you're good to go!

I've seen a modpack called Fabulously Optimized, is it related in any way?

FO adds many more mods and is more invasive to the game (with it you have smooth transitions, scrolling, zoom, and a few more QoL features). It has everything you may have gotten used to, and is good for Optifine players who are looking for Fabric alternatives: FO has them all in one place. You probaly won't need any new mods with it.

SO, although inspired by FO, purely focuses on performance, has a lot less mods in it (it's the barest bones of a client) which results in lower loading times and easier maintainability. With it you are expected to add all the content, visual and QoL mods you need yourself (this modpack's here to speed up the process of client optimization).

No Chat Reports will also be included in all 1.19+ versions to ensure the safety of the players' accounts! Read the 1.19.1 FAQ from FO here, it's a good read and the same applies for SO anyway.

After you install the modpack, you may take a few extra things to squeeze the top performance out of it. This section covers advanced topics most of the time so it may not be absolutely correct. If you find the information inaccurate, tell this to me in Discord!

The version format is x.y.z,

where the x of a version is the revision (a mod list change), the y is the patch (an update to a mod or a change to a config), the z is the hotpatch (there might be a few hotpatches in the span of an hour since the release of a patch in case i keep forgetting something and i need to fix it last minute)

Whenever SO comes out for a new major Minecraft release, this is to be reset to 1.0, this approach will make things less linear and more like they are in reality - each MC version will probaly have an unique set of essential performance mods. Due to this, the MC version will always be specified in the name and the version number.

TUTUUTUTUTUTUT ANNNNNNNNNNNN AHAHAHAHHAHAH HAHHAHHHRHYRYRYYTYT&TYEYTETEYEYEYETYTYEYTEYTYT ly have an unique set of essential p erformance mods. D ue to this, the MC version will alway s be specified in the name and the v ersion number.\n